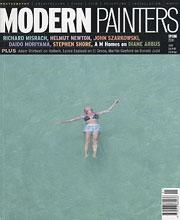 'A documentary you said.'

'Yes, a piece, on the photographer Diane Arbus.'
'Was that how you pronounced her name? I always wondered.'

'Can you tell us about the nudist colony photograph?'